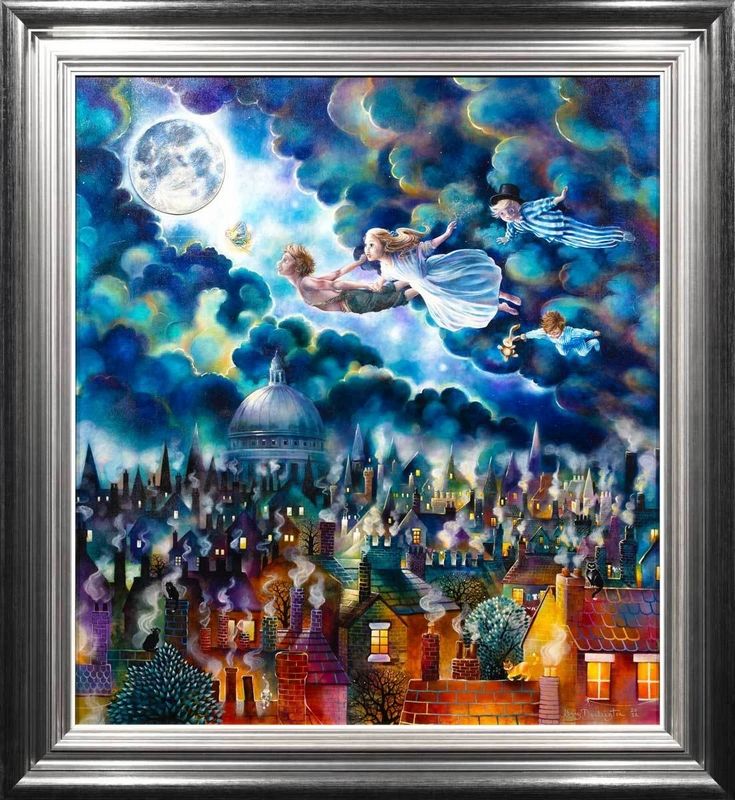 The full title of this luscious new Limited Edition is 'Come Away, Come Away! - Peter Pan' - Gliding across the night sky and enticing us into Darlington's magical world is the agenda for this piece!

The unmistakable heroes from J. M. Barrie's Peter Pan novels are here, featuring the eponymous star from the books & an image that takes me back to the Disney film, celebrating a marvellous 60 years since its release this year.

The clouds, fluffy and light soak up the soothing colourful tones of the night's sky and Kerry's art is influenced by the pictures found inside old story books, she so fondly looked on as a child.

The hand finished, mixed media makeup of this piece, enhances the selection of colours that Kerry has used and her attention to detail, draws us into her interpretation of the storybook world of Peter Pan & Wendy.

I have a feeling this could be another winning theme, as per the Alice In Wonderland Series, what do you think?

Come Away, Come Away - Peter Pan

The Princess And The Pea