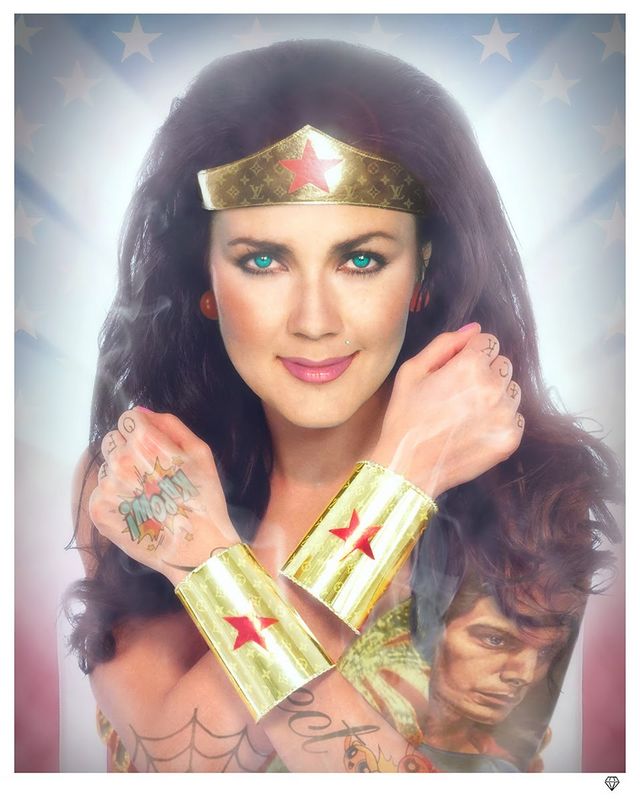 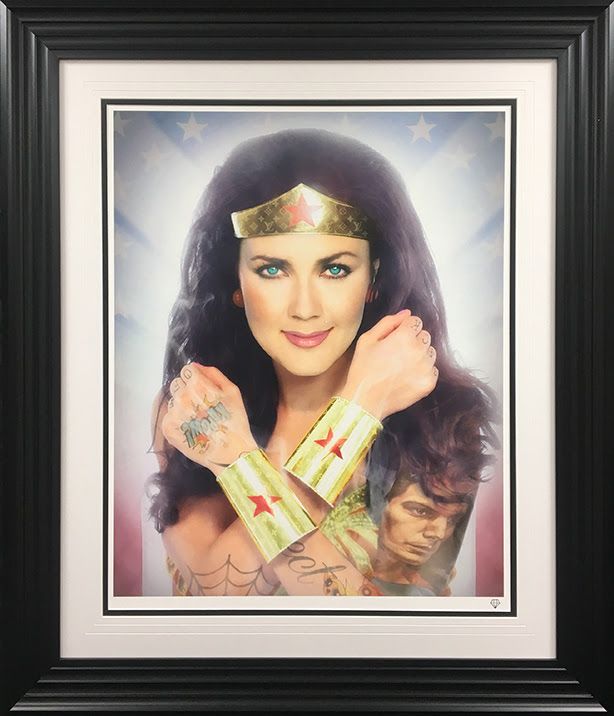 JJ Adam's take on one of the most beautiful Hollywood stars of her time Lynda Carter and her much loved portrayal of the superhero 'Wonder Woman.'

Airing on TV from 1975-1979 this was re-run around the world well into the 1980s, and this iconic 'power roll' predates many markers in the world of comic book girl power including: Supergirl, Captain marvel and the modern day incarnation of Wonder Woman by the lovely Gal Gadot.

The Superman arm sleeve tattoo featuring Christopher Reeve, is a lovely touch by JJ, as well as the spiders web one on her elbow!

King Of The Urban Jungle - Pink

Play With Me - Black Framed