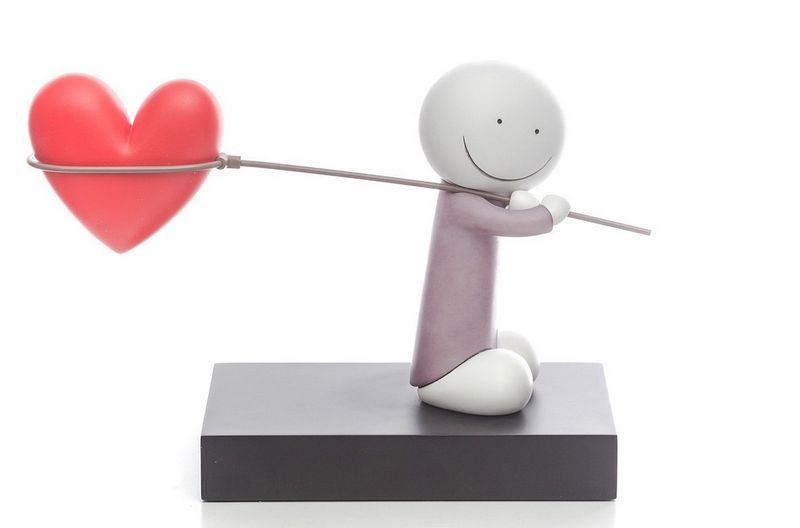 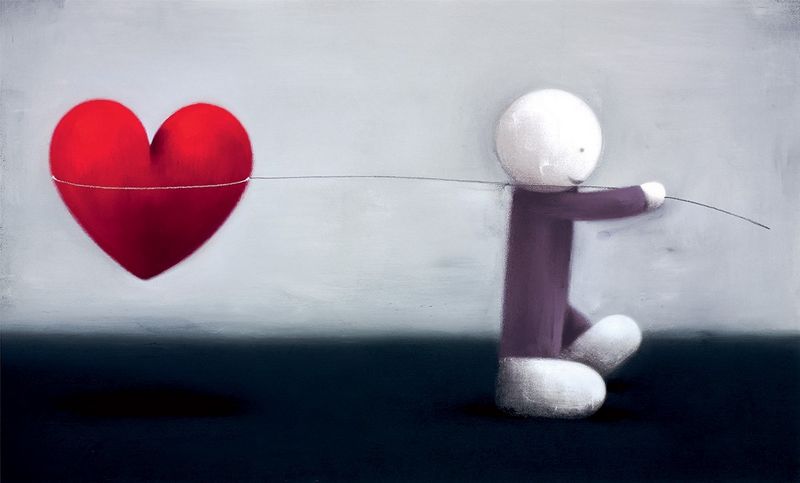 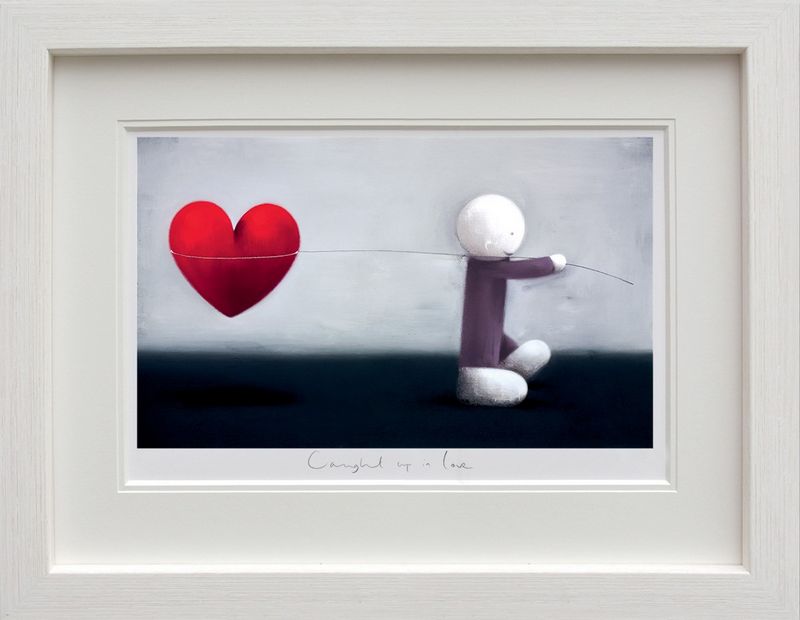 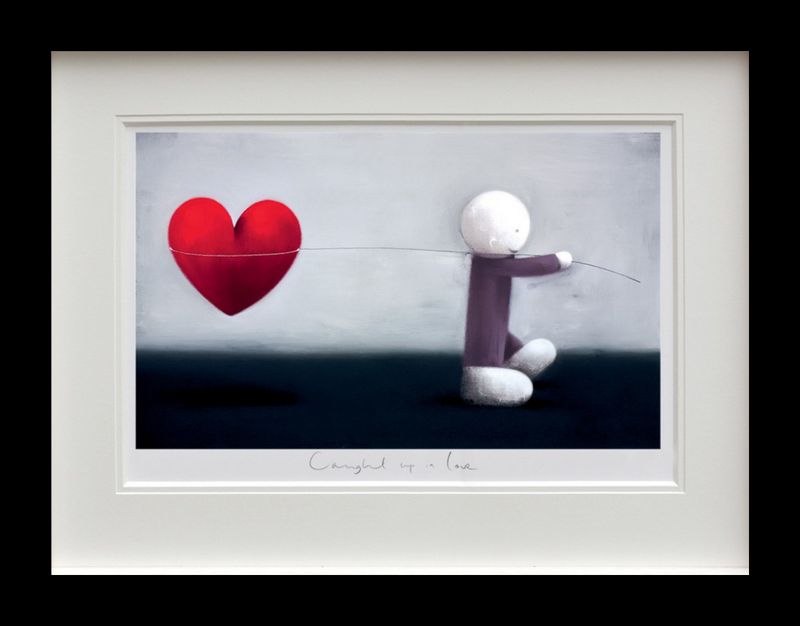 Update - It's arrived in with us! Such a beautiful piece and we could never have imaged it would look this good! with the heart itself reminiscent of the one from 'I Love You This Much II - Sculpture' (2015) - yet another Hyde best seller.

In what has become a semi-regular January tradition, here we have Doug's heartwarming limited edition St Valentine's Day release for 2020 and this time he spoils you by releasing a matching limited edition print and sculpture of the same name.

In 2019 Doug skipped the release of a Valentine's Day image but 2018 saw the popular 'Head Over Heels' and featured the human character with Monty the black labrador.

'Caught Up In Love,' is a hilarious nod to a Huckleberry Finn type character; Doug's human character caries his own bindle but instead of a red and white checked handkerchief sack on the end of the stick, it is a gorgeous love heart!

Although this is Doug's latest release, this immediately reminds me of Hyde's fellow naive artists and their characters, I had seen something similar to this before and liked it!

I remembered, it was Paul Horton's limited edition: 'A Better Life' that came back into mind, which featured his character Chester The Tramp carrying his own bindle! - is this where Doug drew his inspiration I wonder?

He has definitely been inspired at points in his career by Mackenzie Thorpe, wouldn’t you agree? Both brilliantly similar naive artists.

Doug's character might indeed be a poor hobo but Hyde reminds us he is as rich as the love he carries with him.

This is certainly artistically on par with Doug's 2017 Valentine's Day release, the ever popular 'Key To My Heart' limited edition which again was a wonderful sculpture and print!

The images will be live on Friday 10th of January, we can't wait!

Caught Up In Love