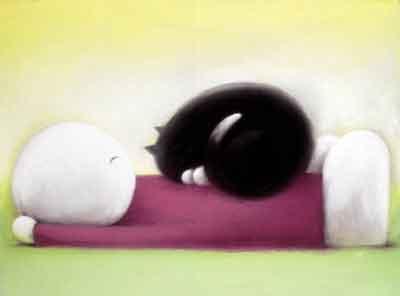 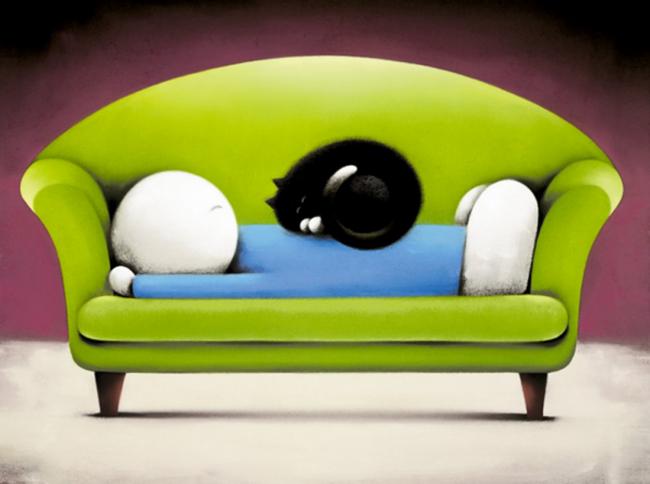 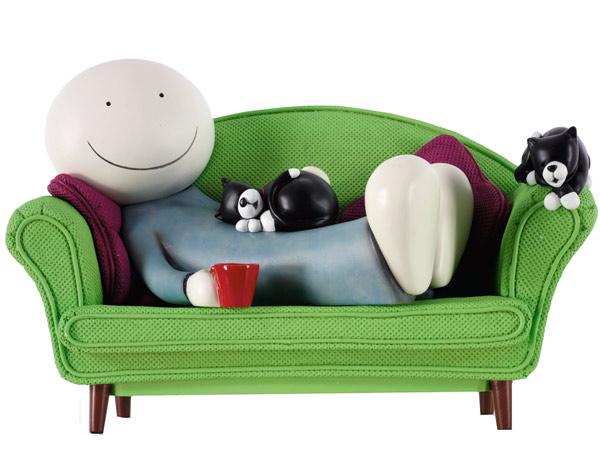 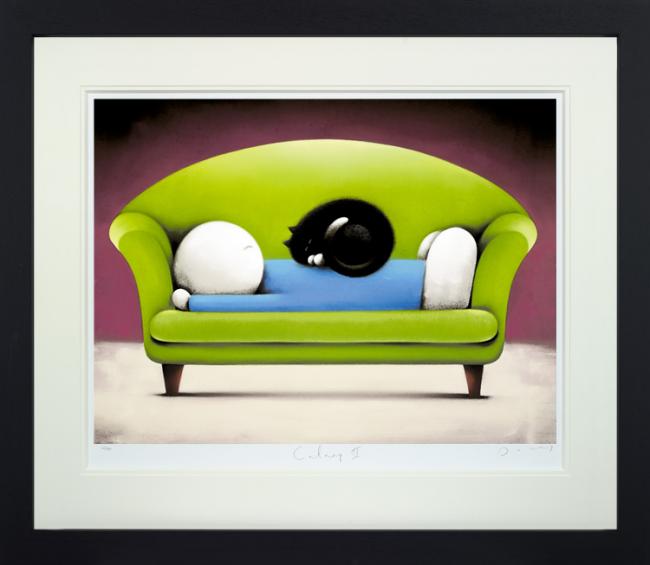 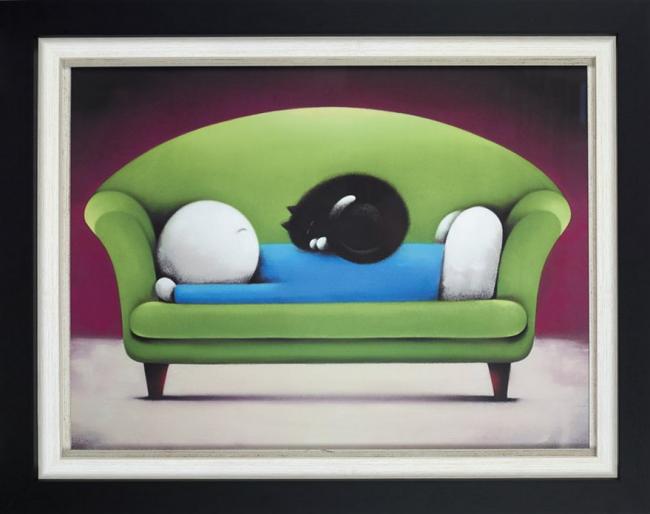 A cute little cat asleep with a friend, in this reworked image of one of Doug Hyde's earliest limited edition releases 'Catnap.' The striking green colour of the sofa means this limited edition demands attention and your smiles as well!

This is the 2nd release Doug Hyde image, as the supplier is releasing one jpeg every day until all 10 print images are in circulation.

In this cute and humorous new release by Doug Hyde, we have one of his characters on a sofa with his cats! I wonder if Doug considers this the accompanying piece to 'Cat Nap II?' which was released in 2014 as part of Doug Hyde's 10th anniversary collection.

Virtually the same image with the addition of a second cat and our little man has a mug of coffee with hum! People often like to have the picture and the limited edition print to go with it, so here's your chance (and often the actual 'title' of the artwork or sculpture can be different.)

Interestingly many people 'find out' about Doug Hyde through his sculpture work and this is no exception, with many people loving all things cat related. I wonder who will discover Hyde this autumn 2015, with the 'Two Cats Are Better Than One' limited edition sculpture?

This is the framed deluxe version - the supplier only sells these to galleries framed, as far as we know only in the frames shown. (Reframes are possible but would be chargeable) This is the 'on canvas version' of this stunning new release by Doug Hyde. This piece actually shows Doug's relationship with his wife's cat. When they first moved in together, the cat didn't like him and over time he grew to love Doug very much and often curls up on him and falls asleep! Doug particularly liked the lime green colour used for the sofa and is one of the most striking from his new 10th Anniversary collection.

Looking After My Heart & Wrapped In Love - Set - Framed