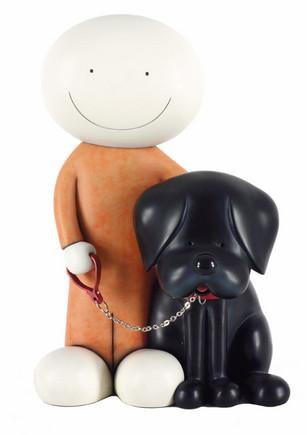 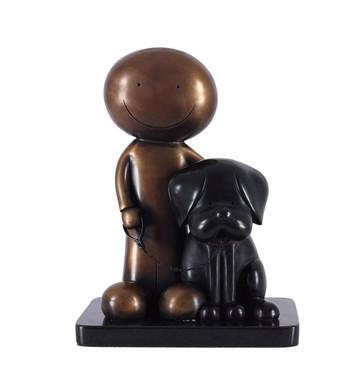 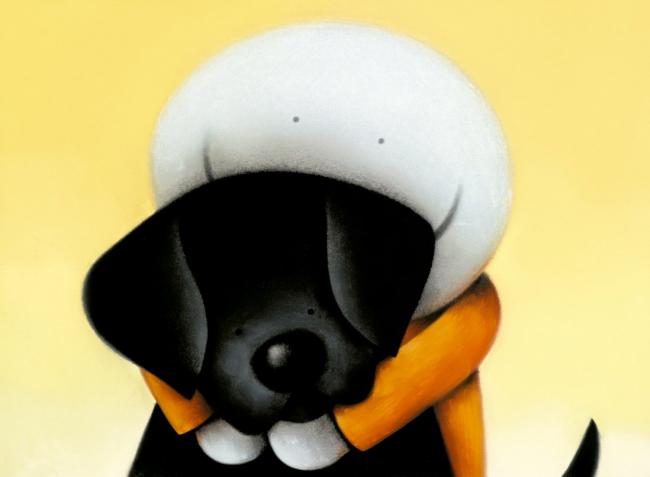 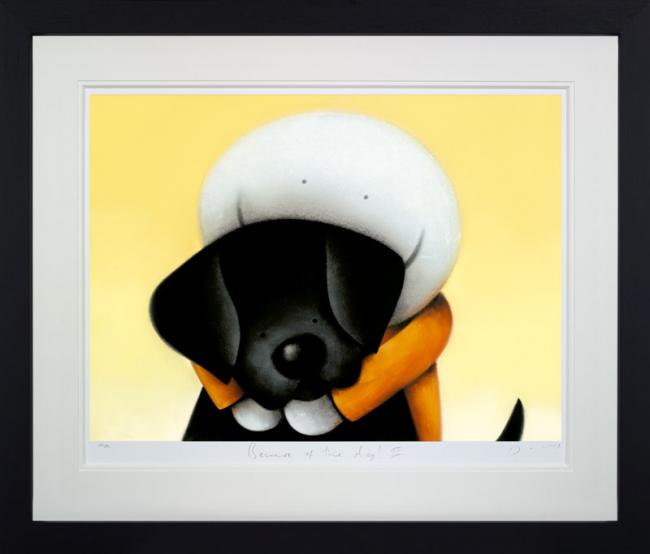 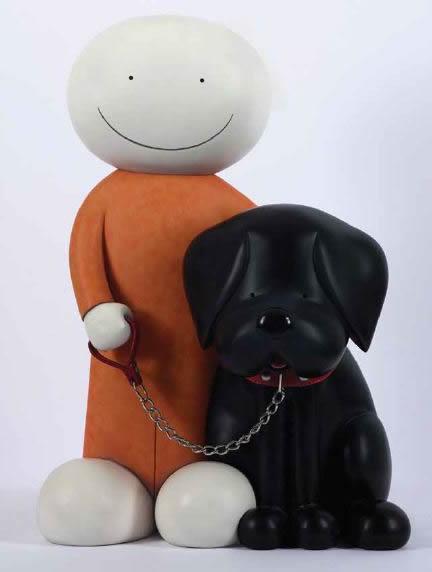 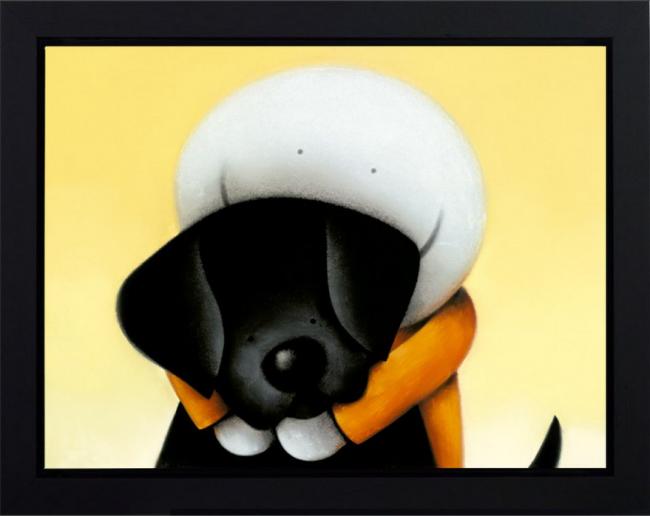 The huge public demand for the print and sculpture of the same name, released in last year's 'Love Counts' 10th Anniversary collection, persuaded Doug to return to the exact same sculpture but this time a smaller version!

So instead of its 19 inch tall counterpart, we present this standard size resin (we have called 'small') for your collection, with the same lovable man and his black dog (a labrador perhaps?)

Easier to display that its predecessor, it's nice and compact and just right for those customers like you that 'have a place in mind at home for it ' - I hear this so often! A charming image of man and man's best friend

Doug identifies with this image so much that he has decided to immortalise it again in a brand new for 2015 bronze; here we have the 8th addition to the 'Beware Of The Dog' series with 'Beware Of The Dog II - Bronze.'

The original limited edition print, simply called (No.1) 'Beware Of The Dog,' (released circa 2004) was the best selling and most sort after Hyde of its era and was followed up within the next few years with a (No.2) resin sculpture (standard size) and the first (No.3) bronze of the same name.

Last year were very lucky that Doug decided to revisit the image & In 2014 the 'Love Counts collection 'gave us: 'Beware Of The Dog II' (No.4) limited edition print (essentially the first image reimagined but almost identical), (No.5) deluxe canvas and an (No.6) oversize resin sculpture, which collectors where delighted to be able to purchase.

Released with this sculpture is a (No.7) standard (we call 'small') resin sculpture and finally we come to the (No.8) bronze itself - What better way to mark the popularity of a piece than to produce another bronze sculpture?

The Doug Hyde bronze range is very exclusive and as of May 2015, numbers just 21 different titles over a 12-13 year period since Doug was first published. A low edition of just 195 copies, this is a true collector's item and a bronze you will cherish in your home

We have sourced one of the last copies of the large version of 'Beware Of The Dog II' - resin sculpture (Product code: SHYD172) from last year's 'Love Counts' - Collection, a series Doug Hyde launched to celebrate his 10th anniversary as a published artist.

Not to be confused with May 2015's smaller version of the same sculpture, this is the larger and more impressive resin of just 150 copies, which is now completely sold out from the publisher.

This would make an impressive & rather sought after addition to your Doug Hyde collection.

Man's best friend has been an endless source of inspiration for Doug Hyde, as indeed man's relationship with animals and nature have been. Doug has reimagined one of his classic editions for this 10th Anniversary Collection.

'Beware Of The Dog II' is a superb image, wonderfully reproduced on canvas and this is one of only three titles from the 'Love Counts collection put onto box canvas & framed (as opposed to paper on board/canvas), as well as the 'Bisou II' & 'Bear Hugs II' deluxe releases.

The end result are images that are larger and truer to the colours and finish of Hyde's original painting and an exclusive keep sake for any collector, with just 150 signed copies made.

Beware Of The Dog II

Singing In The Rain - Framed