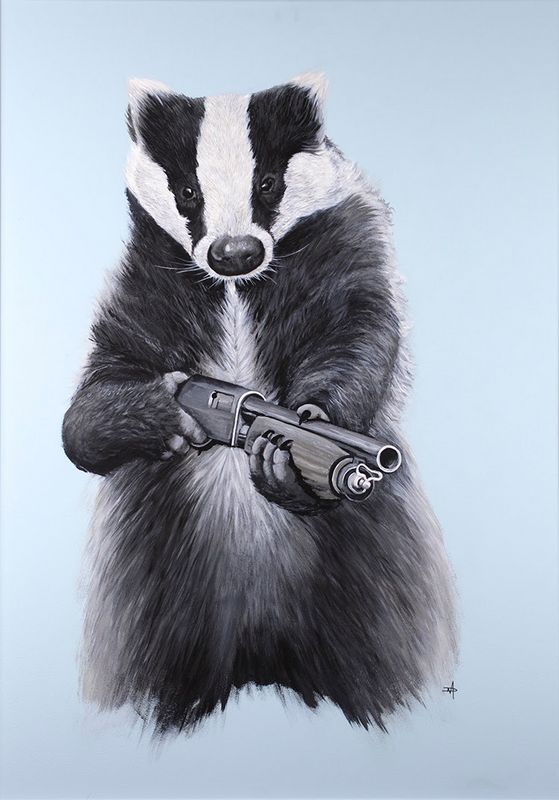 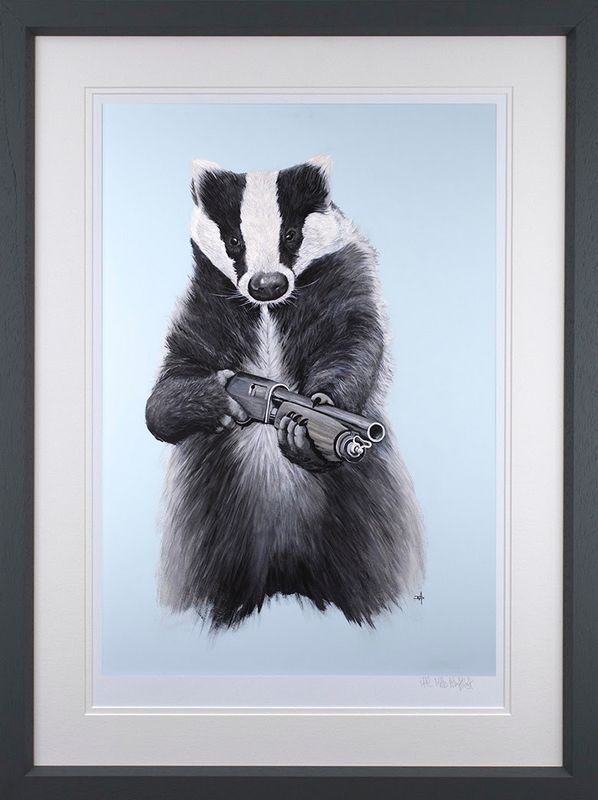 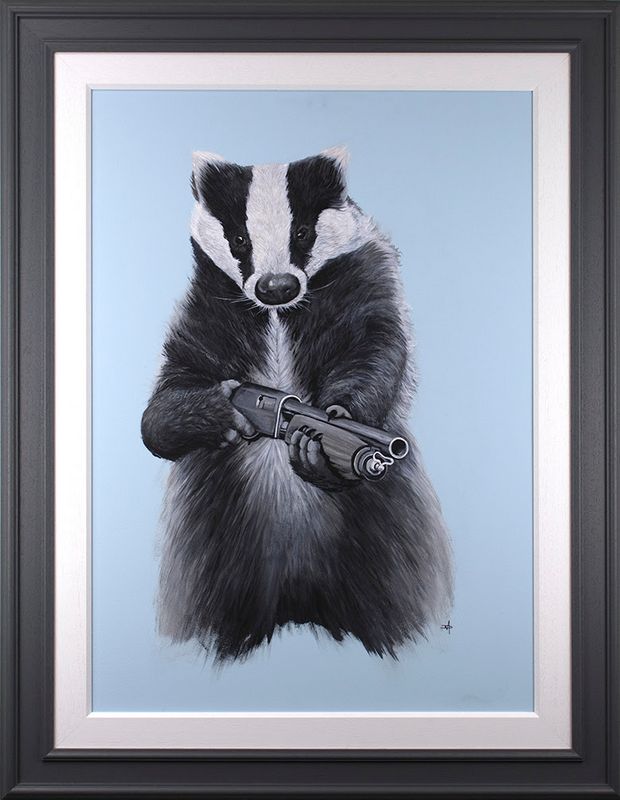 The much loved and often debated European Badger, who future seems to hang in the balance of many a political vote here in the UK.

Many of us oppose the cull and here we see The Mad Artist, showing us exactly what the animal thinks of such violence against its species.

This is actually both a stunning limited edition and a tongue in cheek picture. Dean has captured perfectly the innocent gaze of the British animal - painted time and time again by artists such as this Badger by William Geldart.

A fairly similar release to 'Red's Last Stand' featuring a red squirrel with a shot gun, 'BAD-GER' gives us the humble European Badger whose lives has been considerable under threat since the culls began in 2013.

Thanks to the considerable efforts of the Great British public and some famous friends, the Badger’s plight remains under discussion and hopefully the cull will be completely ceased in the near future.

Dean Martin has sketched the badger with a Clint Eastwood Dirty Harry style stance, as he faces off against those who seek to hurt him with the legendary misquoted words 'Go ahead punk, make my day!'

Watching Over You - Artist Proof

Love From Above - Original - Black Framed