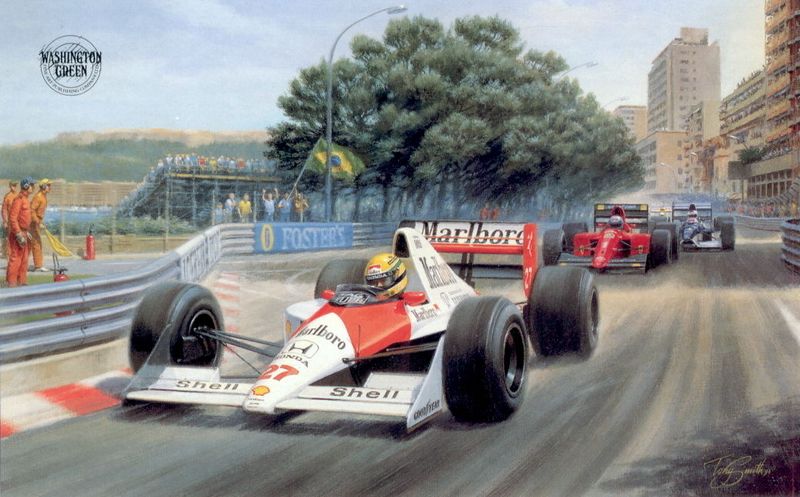 A fitting tribute to one of Formula One's greatest legends, the late Ayrton Senna, who is so synonymous with the Monaco Grand Prix and his many memorable races over the years.

Wording at the bottom of the Limited Edition which we have carefully copied from the print:

In his first Monaco Grand Prix in 1984 he came second in the Toleman-Hart, closing on leader Alain Prost before the race was stopped early through heavy rain.

Here in 1990, he led from start to finish in the Mclaren (Honda V10). Following into Ste Devote are Prost-Ferrari (retired lap 29) and Alesi (Tyrrell) who finished second.'

Duel In The Sun

The Golden Days Of Summer

Start Of An Era