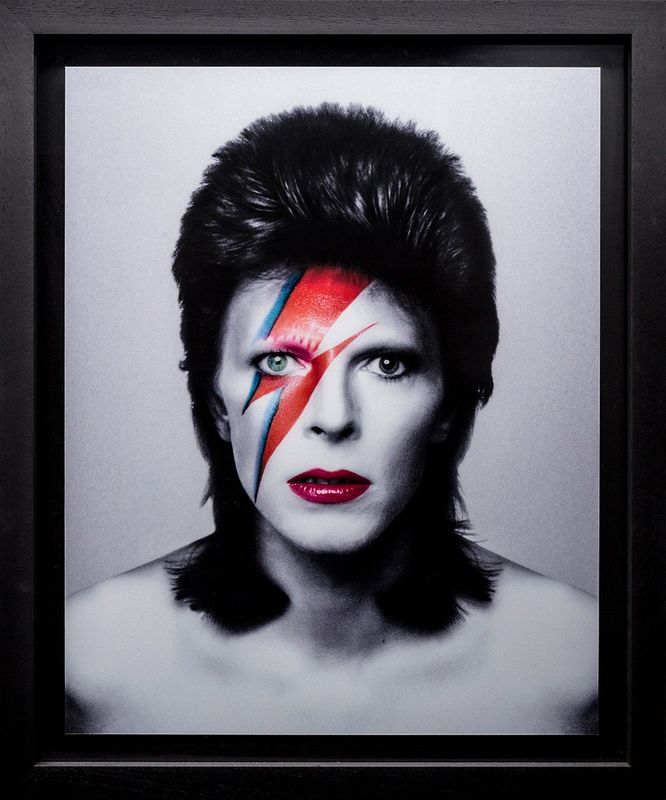 Taken from the eponymous titled album released on 13th April 1973 by David Bowie and originally, the cover art featured a closed eyed Ziggy Stardust on the cover with his trademark orange-red hair.

Nuala has releases this limited 'lenticular' edition using special art technology, which will allow the artwork to change depending on which vantage point you view it! I know that, for example, the lightning bolt alters - to wonderful effect!

With bouffant hair (and a mullet!) & dark mauve-red lipstick, just the lightning bolt & the lipstick have coloured paint and the rest is a rich monochrome. The result is a spectacular image that pays tribute to the musical legend.

Ziggy Stardust portraits remain an iconic imagery that published artists always come around to painting, sooner or later, a testament to the enduring musical and cultural legacy of Bowie, his music and the 1970s.

PriceMatched!
15.0% off - Sale Offer Ends Sunday 7 June
We're still able to process and ship orders via our website during the corona virus restrictions. And answering calls 7 days a week.

Diamonds Are A Girls Best Friend I