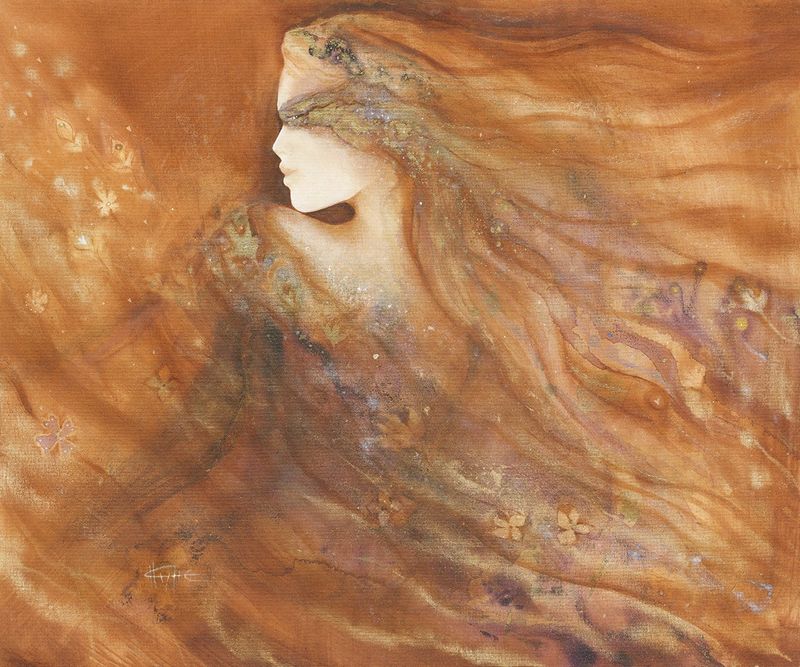 'Aerial' is the largest and main limited edition release from Charlotte's 2012 Collection and is simply spectacular!

As a fellow fan of the artist's considerable talents, 'Aerial' is what you and I would both deem a classic 'Charlotte Atkinson' limited edition, fitting in to the same style as her artwork released in the noughties decade.

The female image adorns the centre of the canvas, in a sea of golden brown hues and sparkles; her face has an ethereal mask around her eyes, like some incandescent magical scarf, swathing around her face.

Charlotte is able to give this painting life and a sense of movement, almost as if the women is showering in a gentle waterfall of colour and light, that radiates off the paper and into your home!

Fabric Of Dreams I - Framed

Ethereal Dreams I - On Paper