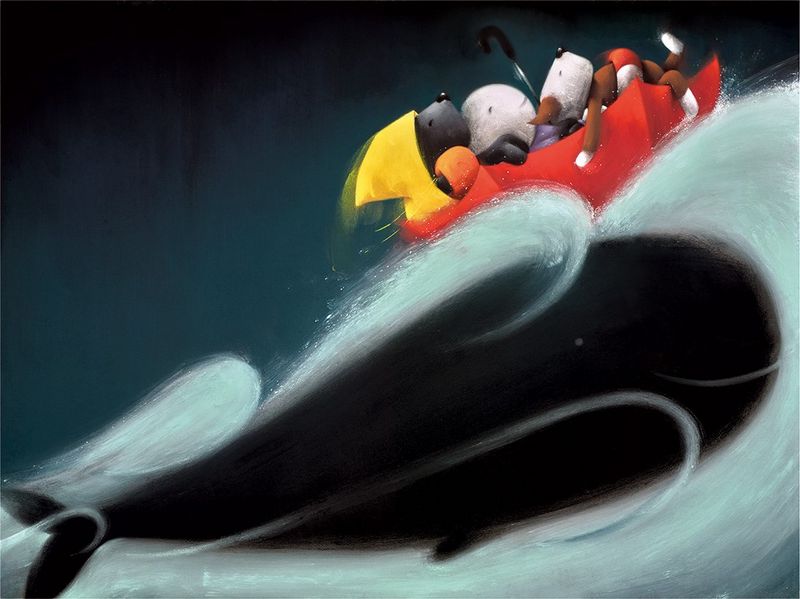 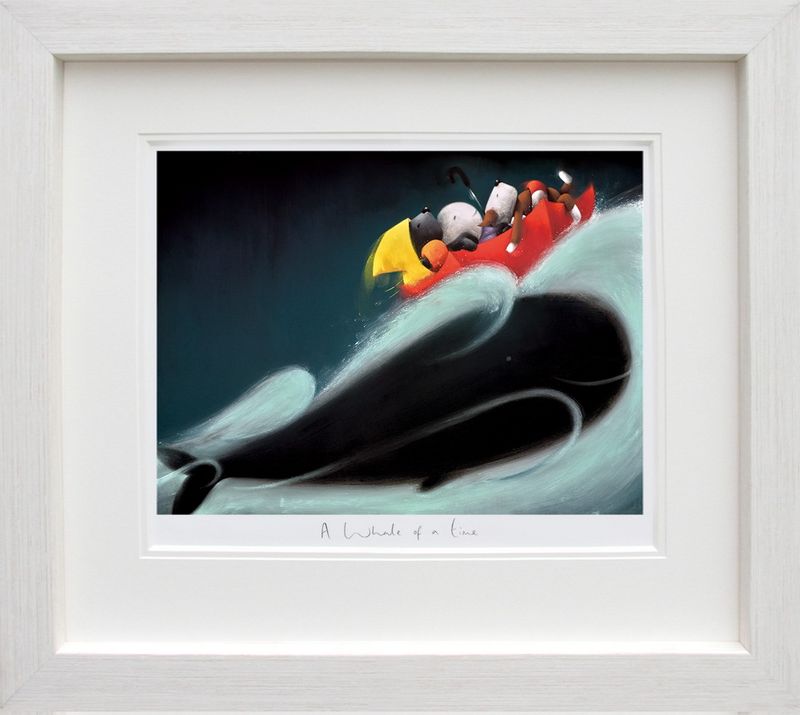 Not the first adventure our heroes have been on, while riding inside a giant umbrella, what’s different this time is that they are joined by the whale Moby Dick’s super friendly younger cousin!

The title ‘A Whale Of A Time’ captures perfectly the tone of the picture Doug has painted as: the little man in purple, ‘Monty’ the black dog and the brown and white dog are pushed along excitedly by the friendly whale and the occasional burst of water from his blow whole.

Did you notice the black dog was the only sensible one who brought a cagoule with him? and a very fashionable banana yellow one at that.

This whale seems to be a wonderful new character in his own right and let’s hope Doug allows him to stick around (and he appears in future limited editions) and of course stays wet and happy!...

…Let’s hope the rest of them brought towels to get dry.